Internationally acclaimed British violinist Philippa Mo plays the complete works for violin by Bach alongside the complete Fantasias by Telemann in six concerts with other dances and fantasias woven in.  The concerts combine baroque and contemporary music with one of the six Bach pieces in each.

The Grand Finale Concert No. 6 will feature Bach’s Sonata No. 3 in C Major. 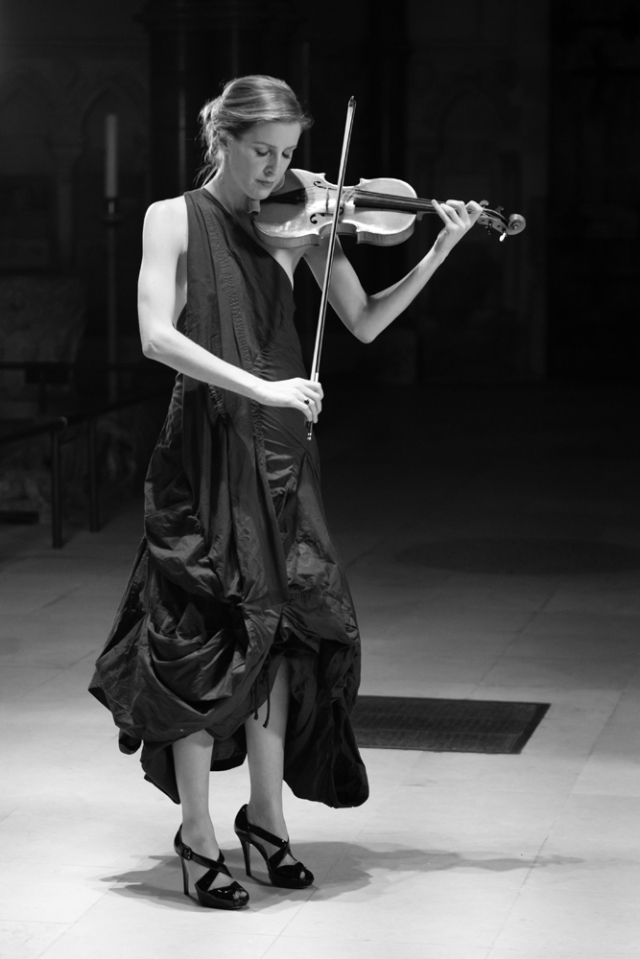 We are proud to present the gifted Philippa Mo whose fascinating and carefully thought-through introductions to the programmes she chooses shed an illuminating personal light on her precise and deeply felt violin playing. 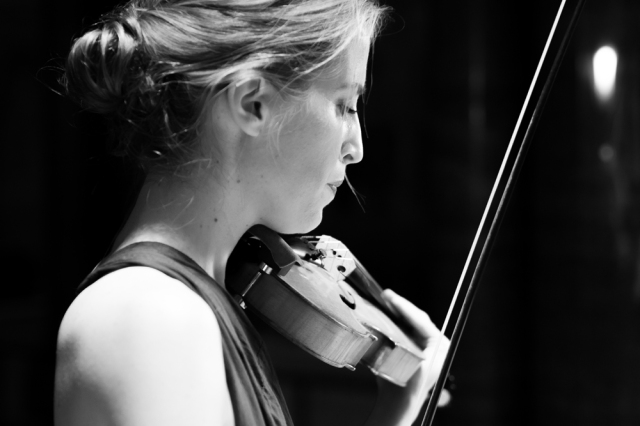 Philippa studied at the Royal Academy of Music, London and at the Central Conservatory of Music, Beijing. Philippa now performs extensively as a chamber musician. She has given performances and live broadcasts worldwide, including her acclaimed debut at the Wigmore Hall, recitals at the Henry Moore Institute, Leeds, St John’s, Smith Square, London, the Deutsches Museum, Munich, the Natural History Museum, Ulaan Bataar, when she was invited as the only British musician to participate as soloist in the International Music Festival of Contemporary Music, Mongolia in 2002. Philippa has also been invited to play at the Centre for Contemporary Art, Glasgow, the Barbara Hepworth Museum and The Tate St Ives in the UK and more further afield at the Ankara International Music Festival and the Lincoln Center, New York.

A champion of contemporary music, Philippa has given workshops on British music at the Central Conservatory, Beijing and at Bilkent and Hacettep Universities in Ankara, Turkey. She coached students of the Kurmangazy National Conservatory of Kazakhstan in Almaty 2007-09. She has worked closely with many leading British composers including Gabriel Prokofiev, Robert Fokkens, Cecilia McDowall, Leo Geyer, Deborah Pritchard, David Matthews, John McCabe, Jim Aitchison, Wendy Hiscocks and Errollyn Wallen and has given premieres of their solo and violin duo works.

Philippa has established an ongoing relationship with the Tate St Ives and recently recorded a solo work written for her by Leo Geyer on the anniversary of Barbara Hepworth to be used as a sound installation at the Tate. She also premiered a new solo work by composer Jim Aitchison alongside his monumental solo work Shibboleth at CAST, Helston and at the Porthmeor studios, St Ives.  Concerto appearances include a newly commissioned work for Truro Cathedral as part of the innovative Online Orchestra Project with the Philharmonia Orchestra. and Piazzolla’s Four Seasons of Buenos Aires in The Venue, Leeds with conductor Natalia Luis Bassa as well as John McCabe’s Les Martinets Noirs at the Lidköping Festival, Sweden.

Philippa has released critically acclaimed recordings for the NMC, Dutton and Nimbus labels.

She was appointed Senior Lecture in Violin at Leeds College of Music and awarded Associate of the Royal Academy of Music (ARAM) in 2015.

Philippa has strong links with Sladers Yard gallery in Dorset where she has played the first five concerts in a series entitled Partita Fantasia Caprice to showcase the complete solo works of Bach alongside the complete Fantasias of Telemann and contemporary works for violin.

‘Just wanted to say a huge thank you for a fabulous evening! We so enjoyed everything about it – the delicious food, sublime playing ( particularly enjoyed the contemporary pieces) – what a treat. We felt privileged to be listening in such circumstances. Very much looking forward to Philippa Mo’s next concert with you.’

Philippa is also the founding member of the Retorica violin duo:

Retorica have performed worldwide to great acclaim. Highlights include recitals in the most prestigious halls in China, the Beijing NCPA and Shanghai SHAOC, Sweden, Italy, Ukraine, Japan, Germany and the Channel Islands. In the UK their performances include the Barbican Centre,  International festivals of Bury St Edmunds and Ripon, Presteigne and the William Alwyn Festival.

Philippa plays a violin by Julius Cesare Gigli from 1786.